Garth has been coaching at Artemis Aquatics from the beginning and is known amongst our swimmers for his huge amounts of energy, passion and enthusiasm for swimming, wellbeing and performance. As an athlete, he was a member of the Australian Dolphins Swim Team as a butterfly and freestyler.

I sat down with Garth to find out more about his swimming journey. 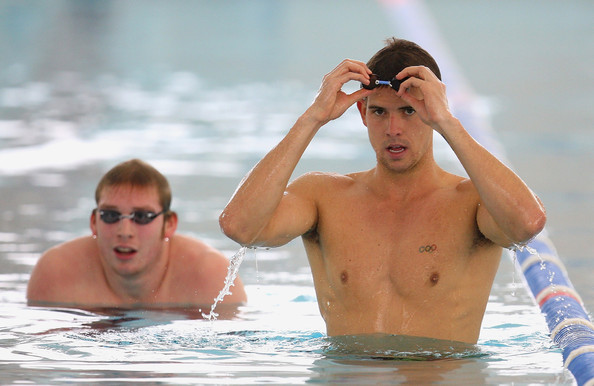 Where did you learn to swim and where did your competitive swimming journey begin?

I initially lived in Hong Kong, and my family lived in an apartment complex that had a pool, so I learnt to swim by spending lots of time in the pool with my family. From there we moved to the UK, and I started competitive swimming with Crawley then Brighton Swimming Clubs. At the age of 12, I moved to Perth and swam with West Coast Swimming Club.

What do you love about swimming?

Dedicating a large portion of your time/life to something that can last 60 seconds (or less) teaches self-discipline and resilience.

What was your proudest achievement during your competitive swimming career?

Who was your favourite swim coach to train with and why?

Michael Bohl – he coached me whilst I was competing with the AUS Team. He is the current coach at Griffith University in QLD and has had many of his swimmers make Australian Olympic Teams. He can pretty much sum up what you need as athlete in about 5 minutes. For example, some swimmers need to be yelled at and made to repeat things. Other swimmers need a softer approach to get the most out of them. Michael can figure you out very quickly.

Where did your swim coaching career begin?

I started coaching in 2011 at St Hilda’s Anglican Girls School in Perth. They built a new pool and started a new program very similar to what is happening at MGGS with Artemis Aquatics. In 3-4 years, the St. Hilda’s program grew to become a top 5 Swimming Club in Perth with many swimmers achieving great results at State and National Championships.

Who is the best swim coach you have seen/learnt the most from?

Leigh Nugent – former Australian Youth Coach and Head Coach of the 2004 and 2012 Australian Olympic teams. He is a phenomenal communicator.

Where do you find your inspiration and motivation for coaching?

Seeing athletes develop and become better people through their endeavour of swimming. For me it is not about coaching the fastest or strongest but the most motivated to improve.

What is your coaching ethos?

Swim Training as Part Of Your Physical Preparation Plan

Learn To Swim… It’s Good For Your Brain!