Dropout rates across all sports is a worldwide issue, particularly in children. According to Weiss and Ambrose (cited in Monteiro et al., 2017) there is a decreasing number of youth aged 14 – 17 involved in sports when compared with those aged 5 – 13, and they estimate that more than one-third of all participants aged 10 – 17 drop out of sports practice annually.

A systematic review (Monteiro et al., 2017) looking at the main reasons why swimmers drop out include:

Swimming Australia has recently made several positive changes to their competition framework as a solution to improve on their retention of swimmers at a National Level (Swimming Australia, 2018). 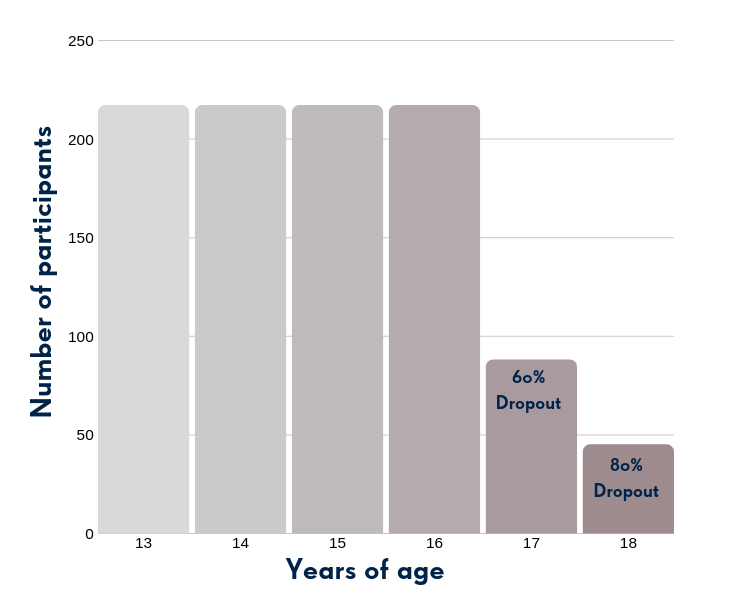 Most school aged club level swimmers (aged between 12-14 years) who are competing at a State Championship level would be classified as a Talent 1 or Talent 2 athlete. Under these guidelines the recommended number of competitions per year for these swimmers is 6-8 (Talent 1) or 8-10 (Talent 2), including school swim meets. In addition, it is recommended that these swimmers have 10-14 weeks of recovery and regeneration per season. Most swimmers that I see involved in other club programs have swum at 6 swim meets in Term 1 alone this year and would train for at least 48 weeks per year. I believe that both factors play a role in swimmers leaving the sport due to mental and physical burnout.

Swimming Australia’s changes won’t be enough to make a positive impact, and it is now up to swimming clubs to adapt and adjust their training and competition plans, as there is currently far too much talent leaving the sport at an age well before swimmers reach their peak.

At Artemis Aquatics, swim squad training focuses on skill development and fun in the foundation and early talent years. Gone are the days of gruelling aerobic training programs with swimmers training 7 x 2-hour sessions covering 35km per week. We believe that there is little to be gained from placing too much pressure on a superstar 11-13-year-old who leaves the sport at the age of 14 due to the excessive demands and pressure placed upon them.

Coaches at Artemis Aquatics focus on the long-term athletic development of each swimmer. From our Learn to Swim program right through to our competitive swim Squads, we provide them with the best chance to reach their full potential, keeping them involved in the sport for longer.

Artemis Aquatics: How To Do a Tumble Turn